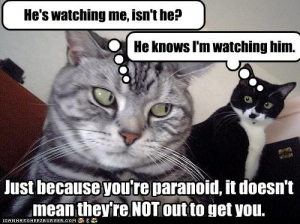 A massive international backlash has now begun following shocking revelations about NSA spying on an unprecedented scale using US networks to spy on web users both in the US and across the globe.

Last week German protesters gathered at the former Berlin Wall checkpoint, Checkpoint Charlie protesting against NSA surveillance and you can expect the protests to ramp up further when President Obama visits this Wednesday. Prior to that on Tuesday, the European Parliament will discuss the revelations with the European Commission.

EFF, among others is calling on Congress to create a committee to uncover the truth about the alarming NSA allegations and you can take action here.

VPNs are used by an increasing number of people, those who need to work on confidential business, or for those in places where internet traffic is monitored by governments or other bodies or where a country is behind a firewall and traffic is strictly controlled. Activists and whistleblowers, for whom anonymity is important, use a VPN. It’s not just torrent users…

Being paranoid about your internet traffic is a good thing… because now THEY really are out to get you!