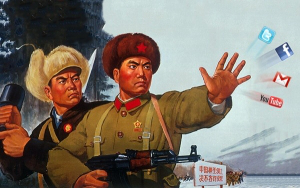 Such are the extremes of internet censorship in China, Iran and other parts of the Middle East even some VPNs struggle to provide a working service.

Good news then from the kings of anti-censorship at AirVPN.

AirVPN have just announced they now offer Open VPN over SSH and SSL:-

Great news for those under the cosh in these less than liberal regimes.

And there’s a further bonus for the rest of us. AirVPN now allow people to access some geo-restricted services from any of their servers in the world, (e.g. view BBC /BBC iPlayer without having to connect to a UK server, or watch Hulu without having to connect to a US server.) It’s experimental at the moment and restricted to the services listed here but it’s a welcome step in the right direction.

Check out our full AirVPN Review and don’t forget to [highlight color=”yellow”]use coupon code bvfu10 for a 10% reduction.[/highlight]