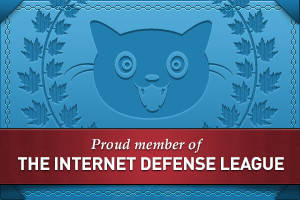 EFF have once again mobilised the Internet Defence League into a week of online action against CISPA, the Cyber Intelligence Sharing and Protection Act.

This is probably the biggest threat to individual internet users since last year’s defeated SOPA bill and we all need to make sure it goes the same way.

EFF say the objectionable provisions of CISPA include:

The Internet Defense League is a loose coalition of websites dedicated to Internet freedom and BestVPNForYou.com is a proud member.

We strongly encourage you to take part in this action.